Should Christians Integrate Theology and Psychology? 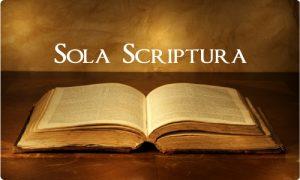 We’ve all heard the judgment made against a non-biblical preacher, “He just offered up pop psychology.” In these types of comments, psychology is cast as either evil or at the very least, antithetical to biblical truth.

There is a movement today in counseling that argues that theology and psychology should be integrated to meet the needs of people. Is this movement to be regarded as “progress” or a moving away from biblical foundations?

According to the dictionary, integration means the combining of one thing with another thing to make a complete whole. In essence, Integrative Psychology is neither theology nor psychology, but a hybrid that is something new and distinct.

Using this definition, I do not believe it is possible to integrate two entirely different fields that are built upon different foundations. Theology has an obvious biblical foundation whereas modern psychology is built from humanistic principles.

However, I do believe it is possible to have each distinct field influence one another (as opposed to an integration that creates something new). The analogy is weak, but hopefully it will point out the difference between integration and influence. Growing up, it was possible to buy peanut butter and to also buy jelly. These two could be placed side by side in whatever ratio the user decided – and thus, a peanut butter and jelly sandwich. Years later, someone got the idea that integrating these two elements into one container would be awesome. However, the taste changed. I like more jelly than peanut butter; others liked more peanut butter than jelly. Regardless of personal preference, the user could decide how much he wanted the other element to influence the overall flavor of the sandwich. Once the two were integrated into a new whole, that ability to control the flavor was taken. In like manner, I am ok with some psychology to influence my counseling (after all, All truth is God’s truth…). I am just not willing to combine these two into a new whole – which implies that something was missing until it became “whole.”

The “slippery slope” argument may be sounded here. The danger will come when psychology has too much influence over theology. For example, McMinn and Campbell in Integrative Psychology state, “Christian psychotherapy is motivated by and centered in an amazing…truth: God loves..” Later, the first and last cosmic truth is that God loves… If the “theological” center of psychotherapy is God’s love, a red flag is raised. In my theological center, the holiness of God is central, with all other attributes relating to and governed by this attribute.

Again, these writers argue that our bodies and the physical world around us cannot be inherently bad because they were created by One who is purely good. Again, these psychological assumptions are influencing the theological direction too much (in my opinion). Romans 8 states that the whole creation is groaning in travail, awaiting its redemption. The earth has been under a curse since Genesis 3. The overly optimistic view of man and the world is a dangerous foundation to build one’s theology upon.

I stand with Peter that we find in Scripture “all things that pertain to life and godliness.” I believe in the sufficiency of Scripture for handling man’s essential problems (which is what I picture a local church being involved in – granted, my opinion is influenced by my paradigm). This does not mean that psychology cannot offer up solutions; it does not mean that it cannot influence a counseling decision or technique – it simply means that predominantly, I go to Scriptures or scriptural principles to offer help.

Consider that Job did not have access to a psychologist – yet God was sufficient to help him through enormous suffering. The same could be true of all the martyrs throughout Christian history up to and through the Reformation.

While there is a definite place for science, I am old-fashioned enough to still say, “Theology is the queen of all the sciences.”