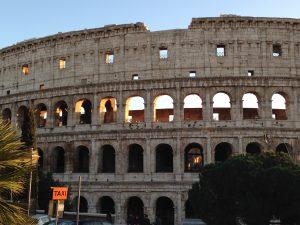 I love the book of Romans. For over twenty years I have had the privilege to teach this book at West Coast Baptist College. Over the years, it has become one of my two favorite books (those who have sat in my class room could probably guess my other favorite book!).

In the first three chapters, Paul lays out a strong argument concerning the sinfulness and guilt of mankind. Three defendants come to the Bench, each offers his excuse, and each hears the same verdict.

In chapter 1, the pagan Gentile offers up his excuse: “I never heard…I didn’t know…I’m ignorant.” His excuse is not received. Instead, he is declared to be guilty and without excuse. The light of general revelation and God’s creation has condemned him.

In chapter 2, the self-righteous hypocrite offers up his excuse: “I’m bad, but not that bad…Compared to the pagan, I’m ok.” His excuse of comparison is misguided – he has used the wrong standard. He is declared guilty and without excuse. The light of general revelation and the gift of conscience has condemned him.

In chapter 3, the faithful Jew offers up his excuse: “I’m a follower of the law…One of your chosen.” He soon learns that the law was not a savior but a judge. The law was not an end in itself but a schoolmaster to point people to the ultimate Savior, Jesus Christ.

Coming to the end of chapter 3 the whole race of humanity has been declared guilty. There is none righteous. There is none that does good. All have sinned. All have come short of God’s glory. Standing before a holy God, clothed in his own righteousness and good deeds, man stands condemned. His filthy rags will not provide entrance into God’s glory.

This is the bad news. Until the bad news is grasped, the good news – the gospel – is not fully appreciated. So, for those who know Christ as Savior, take a few moments today and remember that you and I – who were once declared guilty – have now been declared righteous!