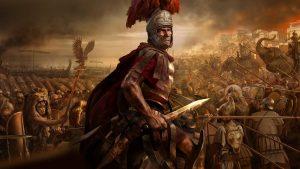 Paul often used every day occurrences to teach spiritual truth. In writing to the church at Ephesus, he reminded them of the importance of having on their armor. To the pastor at Ephesus (Timothy), he reminded him to “endure hardness as a good soldier of Jesus Christ.

In thinking about that phrase, “a good soldier,” I couldn’t help but ask myself, “What makes a good soldier?” While this list is by no means exhaustive, I believe these three characteristics do accurately describe a good soldier.

A good soldier know the reason for why he is fighting. David, in answering his critics as he prepared to fight against Goliath understood this: Is there not a cause?

A good soldier has learned to spend time with his equipment – his very life depends upon it. He know only knows what he is fighting for, he also understands what he is fighting with. For the Christian soldier ,the weapons of our warfare are not carnal – they are spiritual.

Sometimes the Christian army has been described as the only army that shoots its own wounded. Yet, a good soldier recognizes what he fights for, what he fights with, and who he fights against. Our enemy is not the church down the street…Our enemy is much more sinister than that!

Paul challenged Timothy to be a good soldier. In a day when it can be deemed politically incorrect to simply sing, “Onward Christian soldiers,” the challenge has not changed. To those of us who claim the name of Christ, may we understand what our cause is – we are fighting for the glory of God alone. May we not forget what type of weapon we need. May we never be confused on the true identity of our enemy. As Paul said so long ago, may we also say, “Be a good soldier of Jesus Christ.”